Posted on: October 11th, 2012 by Arif Mansour No Comments 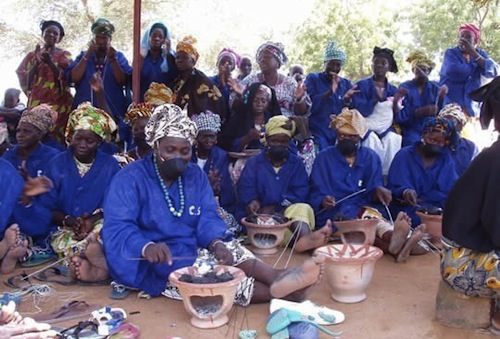 Concluding a four-day visit to Mali, a top United Nations human rights official cited ongoing abuses in the northern part of the country, and highlighted the plight of women, whose rights have been particularly restricted.

“Women are the primary victims of the current crisis and have been disproportionately affected by the situation in the north,” Assistant Secretary-General for Human Rights Ivan Šimonovic said in a news release. “Their human rights to employment, education and access to basic social services have been seriously curtailed.”

Šimonovic said Islamic groups are now in control following power shifts since the March coup. One displaced woman he interviewed in the northern town of Mopti said she could no longer return to her hometown of Gao, where she had been a merchant, because women under the strict application of Islamic Sharia law cannot work.

But “most disturbing,” according to the news release, were reports that Islamist groups were compiling lists of women who have had children out of wedlock, or who were unmarried and pregnant. “This could indicate that these women are at imminent risk of being subjected to cruel and inhuman[e] punishment,” Šimonovic said.

He said that, at the beginning of the conflict, there were reports of summary executions of members of the military, rapes, looting, forced displacement and forced child recruitment with the advance of the Tuareg rebel group Azawad National Liberation Movement, known by the French acronym MNLA.

“These were appalling violations of human rights,” said Šimonovic. “But they were largely ad hoc in nature.”

Since Islamic groups such as Ansar Dine, the Movement for Oneness and Jihad in West Africa (MOJWA), and Al-Qaeda in the Islamic Maghreb (AQIM) had taken control, the region was witnessing human rights abuses of a “different character,” he noted.

“Civil and political rights are being severely restricted as a result of the imposition of a strict interpretation of Sharia law, and systemic cruel and inhuman[e] punishments are being implemented, including executions, mutilations and stonings,” Šimonovic said.

The Office of the High Commissioner for Human Rights (OHCHR) says children have been deprived of their rights to education in the north because many teachers had fled, leading to the closure of schools. More ominously, extreme poverty, lack of employment and education is “making it easy for young people to fall prey to armed extreme Islamist groups, who continue to lure youth and children to join their cause.”

In a “particularly grave” case, one witness told Šimonovic of three children who were reportedly maimed while being trained on how to use improvised explosive devices.

In the Government-controlled south, Šimonovic pointed to reports of continuing torture and inhumane prison conditions. He noted that at least 30 participants of an April counter-coup remained in detention, and many had allegedly not had charges brought against them. Also, the whereabouts of 20 soldiers involved in the counter-coup had yet to be confirmed.

“It is essential that the authorities investigate these cases of disappearances in accordance with international human rights standards,” said Šimonovic, who received assurances from Mali’s Minister of Justice that thorough investigations would be promptly completed.

“Current violations are to a great degree symptoms of the chronic disrespect for human rights that already existed in Mali in the past,” Šimonovic said. “There is a need to address these root causes, including widespread corruption, mismanagement of public funds, inequality between the elite and general population, and nepotism, amongst others.”

Šimonovic emphasized the need for investigations into the recent human rights violations in both the north and the south, and said it was essential the perpetrators be held to account as a precondition for reconciliation and social cohesion.

He noted that any UN support to Malian security forces “must” conform to the UN’s Human Rights Due Diligence Policy, which prohibits the UN from supporting security forces involved in grave human rights violations.

To advance women’s human rights and empower them, it was essential that measures be taken to promote their participation in public life. Šimonovic said he was encouraged by the Prime Minister’s recognition that women have an important role to play in building peace and reconciliation as well as the economic prosperity of the country.

“One concrete way would be to introduce a 30 per cent quota for women in Parliament ahead of the next legislative elections,” Mr. Šimonovic said, adding that OHCHR was ready to support the Malian authorities in this regard, including through appointing a Human Rights Adviser to the UN Country Team in the capital, Bamako.