Posted on: August 8th, 2013 by Dimitris Ioannou No Comments 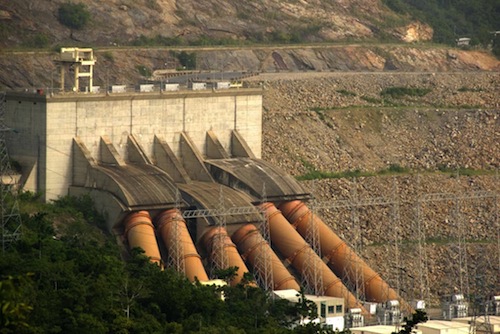 The World Bank today approved $340 million for a hydroelectric project that aims to benefit 62 million people in Burundi, Rwanda and Tanzania – part of a Great Lakes regional initiative inaugurated by the Bank’s President and United Nations Secretary-General Ban Ki-moon during their first-of-a-kind joint visit to the region in May.

The Regional Rusumo Falls Hydroelectric Project, which has a total cost of $468 million and an eventual 80 megawatt generation capacity, will boost reliable power supply to the electricity grids of the three countries, reduce electricity costs and promote renewable power.

It will also spur job-led economic development and pave the way for more dynamic regional cooperation, peace and stability among the countries of the Nile Equatorial Lakes (NEL) sub-region in east Africa, the Bank stated in a news release.

“By connecting grids, people and environmentally sensitive solutions, the project will help to catalyze growth and to encourage peace and stability in the sub-region.”

The project is the first operation under the World Bank Group Great Lakes Regional Initiative, which was inaugurated during the visit by Ban and World Bank Group President Jim Yong Kim in May.

The joint visit was in support of a UN-brokered peace agreement signed earlier this year aimed at ending the cycles of conflict and crisis in the Democratic Republic of the Congo (DRC) and to promote economic development in the region.

In 2011, the Bank helped to provide electricity to an additional 1.4 million people in African countries; construct and repair some 6,640 kilometres of roads; and improved water supplies for more than 8 million people.

“The new power plant signals the Bank’s commitment to keeping the lights on across the African continent, necessary for achieving growth, ending poverty and boosting shared prosperity in the region.”