Posted on: July 22nd, 2012 by AlYunaniya Staff No Comments 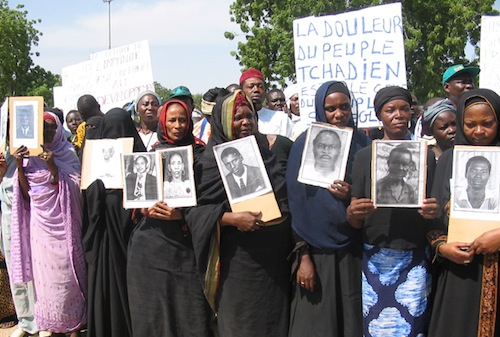 The ruling by the International Court of Justice (ICJ) on July 20, 2012, that Senegal must prosecute “without further delay” or extradite Chad’s former dictator Hissène Habré is a great victory for his victims, a coalition of human rights groups said yesterday. The ruling reinforces the obligation on all countries to bring to account people in their jurisdiction who are allegedly responsible for torture, according to Human Rights Watch.

Habré, 69, is accused of responsibility for thousands of political killings and systematic torture when he ruled Chad, from 1982 to 1990. He has been living in exile in Senegal for more than 21 years but has yet to face justice there. Senegal’s recently elected president, Macky Sall, has said he wants to prosecute Habré in Dakar and ordered that proceedings begin by the end of the year. After prosecution in Senegal stalled, Belgium indicted Habré in 2005 and has since requested his extradition four times.

“The world’s highest court said today that we have a right to justice,”said Souleymane Guengueng, who nearly died during almost three years of mistreatment in Habré’s prisons and later founded an association of victims to seek justice. “Today, my friends who were tortured, the people I saw die in jail, those who never gave up hope, are one step closer to achieving justice.”

The decision brings an end to the suit Belgium filed against Senegal in February 2009 after Senegal refused to extradite Habré and continued to stall on his trial before domestic courts. Belgium charged that Senegal had failed to meet its obligations under the UN Convention against Torture and Other Cruel, Inhuman or Degrading Treatment or Punishment. Under the charter of the United Nations, the World Court’s ruling is binding on Senegal.

The court found that Senegal had failed to meet its international legal obligations under the torture convention and ordered Senegal to bring Habré to justice “without further delay” either by prosecuting him in Senegal or extraditing him to Belgium.

“This decision is a victory for Hissène Habré’s victims, who have been fighting for 21 years for their day in court; it is a vindication for Belgium, which had the courage to stand up for the victims; and it is a strong message to the new leaders of Senegal that they must move swiftly to fulfill their pledge to bring Habré to justice,” said Reed Brody, counsel for Human Rights Watch, who has worked with the victims for 13 years. “The ICJ declared that the Torture Convention means exactly what it says – if someone commits torture, he has to be brought to justice, no ifs, ands, or buts.”

By unanimous decision, the court ordered Senegal to “without further delay, submit the case of Mr. Hissène Habré to its competent authorities for the purpose of prosecution, if it does not extradite him.” All but two judges agreed that Senegal breached the torture convention, first by failing to make an immediate preliminary inquiry into the crimes allegedly committed by Habré once it became aware of the allegations against him, and again by failing to submit the case to its competent authorities for prosecution. The court noted that Senegal could have fulfilled its obligations by extraditing Habré to Belgium.

The court rejected Senegal’s argument that difficulties in securing international financing prevented it from moving faster to bring Habré to trial. It also ruled that Senegal’s obligation to “prosecute or extradite” Habré was unaffected by a 2010 ruling by the Court of Justice of the Economic Community of West African States (ECOWAS) requiring Habré’s trial before a “special ad hoc procedure of an international character.”

The court found that it lacked jurisdiction to consider Belgium’s claim that Senegal had also breached its obligations under customary international law.

The ICJ, which sits in The Hague, is the United Nations’ highest court and generally deals with cases between UN member states. It has no jurisdiction to prosecute individuals.

Reacting to the court decision, the Senegalese government “reaffirm[ed] its commitment to hold [Habré’s] trial.”

“Today’s decision is a resounding blow to the impunity of torturers and tyrants and a victory for torture victims all over the world,” said Souhayr Belhass, presidentof the FIDH. “We are confident that Senegal will finally initiate legal proceedings against Habré for all crimes perpetrated during his regime.”

Abdoulaye Wade, Senegal’s former president, raised obstacle after obstacle to preclude Habré’s trial in Senegal. However, following Sall’s victory in presidential elections in March, he said he wanted to prosecute Habré in Senegal rather than extradite him to Belgium. In June, he called for proceedings to begin by the end of the year, and Senegal and the African Union (AU) are now engaged in talks in Dakar over creation of a special court within the Senegalese justice system to try Habré.

“The decision by the world’s highest court marks another important step in the victims’ tireless fight for justice,” said Jacqueline Moudeïna, lawyer for the victims and president of the Chadian Association for the Promotion of Human Rights. “Now it’s up to Senegal to follow through and ensure Habré is tried for his crimes.”

The Nobel Peace Prize winner Bishop Desmond Tutu and 117 groups from 25 African countries in July 2010 denounced the obstacles to justice for the victims as an“interminable political and legal soap opera.” The ICJ decision and the ongoing negotiations between Senegal and the AU could mark a turning point to bring justice within reach of Habré’s victims, the coalition said.

“The new Senegalese government has engaged on a campaign against corruption and impunity at the highest levels,” said Alioune Tine, president of the Dakar-based RADDHO. “It should take heart from this ruling and show the world that an African country can deliver justice for crimes committed in Africa.”