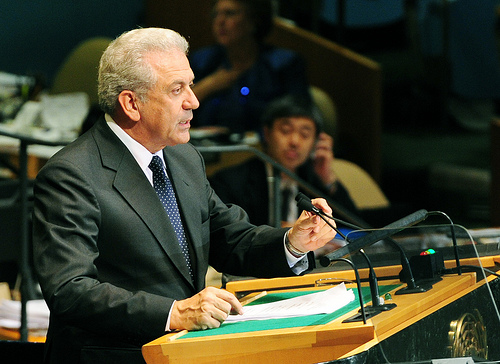 The world’s major powers are set to give full political recognition to the Syrian National Coalition on Wednesday as the fourth conference for the “Friends of Syria” is set to open in Morocco.

The “Friends of Syria” conference where more than a hundred government delegates are to attend including Greece, US, Britain, France and Gulf countries will meet in the Moroccan city of Marrakech as rebels intensify their push on Damascus.

Greek foreign minister, Dimitris Avramopoulos is also set to attend the conference according to an announcement by the ministry of foreign affairs. Mr. Avramopoulos in a recent statement reiterated Greece’s firm stance in favor of the pursuit of a political solution and the opening of a dialogue that will enable the Syrian people to decide on their future. He stressed the need for an immediate stop to the hostilities and the importance of protecting the rights and security of all the Syrian communities, making express reference to Syria’s Christian population and Greek Orthodox community, in light of the latter’s recent loss of their spiritual leader.