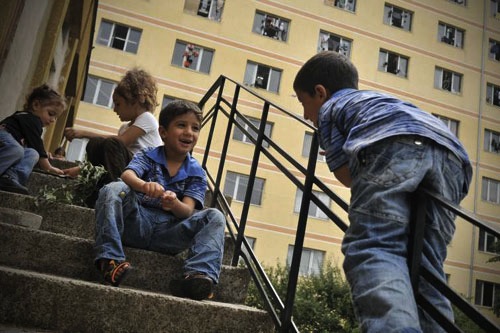 The number of people seeking asylum in industrialized countries increased eight per cent in 2012, the United Nations refugee agency today reported, the largest jump in a decade with the most asylum applications originating from seekers in Afghanistan, Iraq, Somalia and Syria.

“Wars are driving more and more people to seek asylum,” said High Commissioner for Refugees António Guterres. “And this makes upholding the international system of asylum more critical than ever. At a time of conflict, I urge countries to keep their borders open for people fleeing for their lives.”

UNHCR reported today that 479,300 claims were registered across the 44 countries surveyed in its ‘Asylum Trends 2012 report’. The UN agency said the total is the highest since 2003, a trend of increases evident in every year but one since 2006.

UNHCR noted in a press release that asylum claims are not equivalent to refugee status, nor are they an indicator of immigration.

“In most cases people seeking refuge from conflict choose to remain in countries neighbouring their own in hope of being able to return home,” UNHCR said in a press release.

“Nonetheless, asylum claims can reflect prevailing global security and political risk environments: When there is more conflict there are more refugees,” the agency said.

The largest jump in asylum seekers was from people originating in Syria. Some 24,800 filed applications for asylum last year, an increase of 191 percent since 2011, the year in which the uprising against President Bashar al-Assad began. Meanwhile, more than 1.1 million Syrians are registered as refugees in neighbouring countries.

The single largest recipient of asylum requests was the United States with 83,400 claims, an increase of 7,400 claims from 2011. Nearly a quarter of the applicants were from China, followed by Mexico and El Salvador, at 17 per cent and seven per cent, respectively.