Posted on: February 16th, 2013 by AlYunaniya Staff No Comments 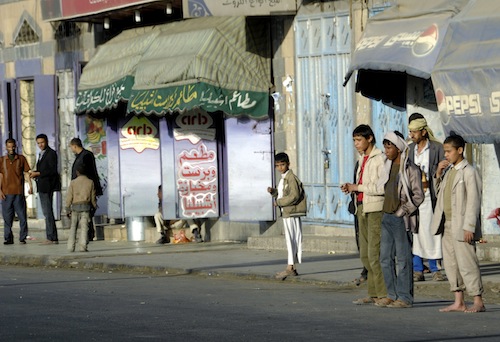 The United Nations Security Council welcomed Yemen’s decision to launch the National Dialogue Conference on 18 March and threatened to use economic sanctions to stop reported spoilers aiming to derail the political transition.

In a presidential statement, the 15-member Council said that the Conference should be conducted in an “inclusive manner involving the full participation of all segments of Yemeni society, including representatives from the South and other regions, and the full and effective participation of youth and women.”

Yemen has been undergoing a democratic transition, with a Government of National Unity under the leadership of President Abdrabuh Mansour Hadi, who came to power in an election in February 2012 following protests that led to the resignation of former President Ali Abdullah Saleh.

The national dialogue is meant to feed into a constitution-making progress, and pave the way for general elections to be held in 2014.

In a statement, the Council cautioned against interference from the former regime, former opposition, and others “who do not adhere to the guiding principles of the Implementation Mechanism Agreement for the transition process,” including former president Saleh and former vice president Ali Salim Al-Beidh.

It was also concerned about reports of money and weapons being brought into Yemen from outside for the purpose of undermining the transition.

The Council said it is ready to “consider further measures,” including under Article 41 of the UN Charter, if actions aimed at undermining the Government of National Unity and the political transition continue.

Article 41 falls under Chapter VII of the Charter, which deals with threats to the peace, breaches of the peace and acts of aggression. It states that the Council may decide what measures – not involving the use of armed force – are to be employed to give effect to its decisions, and it may call on UN Member States to apply such measures.

These may include complete or partial interruption of economic relations and of rail, sea, air, postal, telegraphic, radio, and other means of communication, and the severance of diplomatic relations.

Last week the UN Special Envoy for Yemen, Jamal Benomar, said that the situation in the country remains fragile and many tasks lie ahead for the transition to succeed.

The Council also urged the international community to continue support for Yemen. The next Friends of Yemen meeting is slated for 7 March in London. At the last meeting in September in New York, participants pledged $1.5 billion, in addition to $6.4 billion already pledged, to support the two-year transition process in Yemen.