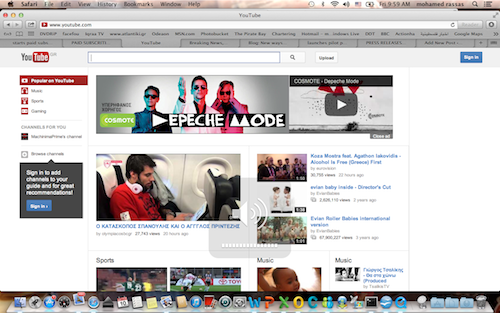 Google owned video site, YouTube, announced on Thursday that it’s launching a pilot program that will offer paid channels on YouTube with subscription fees starting at $0.99 per month to encourage professional content.

“Today, there are more than 1 million channels generating revenue on YouTube, and one of the most frequent requests we hear from these creators behind them is for more flexibility in monetizing and distributing content. We’ve been working on that and wanted to fill you in on what to expect,” YouTube said in a statement.

The statement added that this was part of an effort begun in 2007. YouTube released a list of about 50 channels which will be part of the program.

“Every channel has a 14-day free trial, and many offer discounted yearly rates,” it said.

“This is just the beginning. We’ll be rolling paid channels out more broadly in the coming weeks as a self-service feature for qualifying partners.

Google bought YouTube in 2006. Until now the content has been free, while the service is believed to generate a small amount of revenue from advertising. It’s unclear whether YouTube viewers who have gotten used to accessing only free content will choose to pay for special channels.

Earlier this year Google said more than a billion people use YouTube each month.

“If YouTube were a country, we’d be the third-largest in the world after China and India,” the team said in March.